Tyler and Ivy are on their honeymoon. Ivy is filled with happiness that the day she’s been waiting for, is finally here, she will make love for the first time. Tyler grabs her knee and her smile fades as an uncomfortable thought passes through her mind, she asks Tyler, “is it going to be awkward renting the house from her?” Tyler assures her that Bridgette was in the past, and it was hardly considered a romance if it was just a silly school flirtation.
Ivy agrees, embarrassed at how youthful she looks to him, “I know, my love, it was fate that we found each other.”
Tyler, “our union will be official tonight.
“Do we have to wait until the night?” she smiles seductively.
Tyler, “I prayed to God for strength when I first saw you.”
Ivy kisses Tyler’s hand, she sucks on his finger. Tyler tries to keep his eyes on the road, but glances over at his stunning new bride.
Ivy’s wet and warm tongue coils around his finger, she sucks on the tip and purrs, “we can have each other now, whenever we want.”

They pull up to the rental house. Bridgette hides in a locked room watching the surveillance cameras. Ivy and Tyler look for the bedroom. Ivy’s made it clear that she can’t wait for him, she’s been dying to feel him inside of her, to look him in the eyes as their bodies are pressed together. She wants her breaths to be synchronized with him, her beating heart to be pressed against his, she wants to feel him explode inside of her. She stops at the door and silently hopes that Tyler will pick her up and carry her over the threshold.

Tyler takes out his phone. “I’ve got to call home,” he tells her. Ivy rolls her eyes sweetly. She realizes that it’s impossible for him to know what her dreams have been, for years how she envisioned this very night, but she had hoped he would realize that his step-mother doesn’t need to be a part of it.

She thought that since he was an older guy, thirty years old, that he wouldn’t be so connected with his family, but she was wrong. He has to call before we leave to let her know the house address we’ll be staying at, at the airport he sends her photos, he calls her to let her know we landed, and now that we’re here, of course he has to call her to let her know the house is beautiful. Ivy’s only eighteen years old, but she’s so ready to live life free of any parental obligations. Tyler gets off the phone. Yes, she thinks to herself. She wills herself to do something bold, something sexy, something that will make him forget all about his step-mother. She peels off her top as Tyler’s jaw drops.

Tyler grabs her and kisses her lips, “Tell me how is my wife, Mrs. Nixon, feeling?”
Ivy smiles, “indescribably happy, Mr. Nixon,” she kisses him with a peck, “and you?”
“Trying to figure out how I can improve on indescribably happy,” he moves with pecks down her stomach
Bridgette looks at her monitor feeling resentful, her man is touching this..woman. She’s too young for him. She doesn’t know how to love him. No one knows how to love him like she does. It takes all her will power not to stop him from touching her, “be calm,” she tells herself, “be smart.. he will be yours.”

MissaX – Aiden Ashley – A Killer On The Loose pt. 3

MissaX - Aiden Ashley - A Killer On The Loose pt. 3 Lovely Aiden kisses with the guy, blows his cock and he licks her pussy, fucks her in a missionary, cowgirl, doggy and sideways positiosns. The scene (sex...

MissaX – A Killer On The Loose pt. 2 – Kenzie Taylor

MissaX - Daddy's Bad Girl pt. 3 - Penny Pax, Brianne Blu Penny and Brianne are having a time alone. Both girls play with each other, sit on their faces, lick their pusseis, everything to please each other. ... 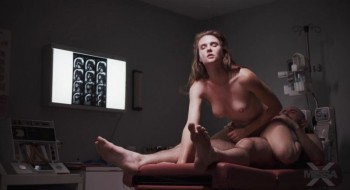 MissaX - The Specialist - Ashley Lane (2020-07-08) Ashley and her man Codey are having a problem, they want something but Ashley can't make it. So they, I mean she, go/goes to a Specialist who can try with ...